In July, Brian Krasavage became vice president of Allstate Dealer Services. It’s the latest development in a career that spans four decades and has included history-making stops at Kodak, Motorola and ADP/CDK Global. P&A sat down with Krasavage on the eve of his relocation to Jacksonville to discuss the sweeping technological advances he has witnessed and why he is in “good hands” with Allstate.

P&A: Brian, where are you from?

Krasavage: I currently live in Chicago and I am making my way to Jacksonville. But I’m originally from Upstate New York. I worked for Kodak for nearly 20 years, starting in Rochester, and then I relocated with them to Atlanta in ’98.

P&A: Those were the days of wine and roses for Kodak.

Krasavage: Exactly. There has been a lot of change in that industry over the years. I studied computer science at Potsdam State, and I actually started working for Kodak in the mid-’80s, while I was still in school.

Krasavage: I hate to admit, it but I was part of the last freshman class to learn punch cards.

P&A: What are punch cards, exactly?

Krasavage: Lines of code on a series of cards. It was a way to load programs. And if an upperclassman kicked them out of your hands on the way to the machine, and they got out of order, it was a hassle.

P&A: How did you connect with Kodak?

Krasavage: It was a work study program. I took every other semester off to go to school.

P&A: Did they help with tuition?

Krasavage: I got paid, so in that sense, yes! After graduation, I joined the company full-time and spend the first nine years of my tenure doing software development — a lot of statistical control for processes, such as coating. Before digital cameras, there were chemical coatings for various types of paper and film.

P&A: Is it true Kodak invented the digital camera and failed to capitalize on it?

Krasavage: That’s a bit of an urban legend. Kodak did have one of the first digital cameras. Back then, due to the cost of the technology, it couldn’t be considered a consumer product. So I don’t think you can fairly classify Kodak as having missed the boat. I think it was more a matter of photography turning into a different industry. And Kodak’s competency was not as an electronics provider.

P&A: Why did they move you to Atlanta?

Krasavage: They moved their entire Americas headquarters to Atlanta. I had spent about 10 years or so in IT and I wanted to get into the business end of things. At the time, Kodak had a requirement that you had to go through market research to work on products. To work in market research, you had to have an MBA. So I earned my MBA from the University of Rochester, then spent about a year in market research. I did global product management for digital photo-finishing products. I was there for the launch of the Kodak Picture Maker. I spent a large part of my career there working on product development, marketing and sales for it.

P&A: The kiosk? I remember that. It was a big hit.

Krasavage: For all the difficulties Kodak’s been through, that product is still printing money for them today. Innovation doesn’t have any discretion. When we launched Picture Maker, it was a pain in the butt for customers to find negatives and make prints. We gave them an easy way to bring in any picture and reprint it or blow it up. And I enjoyed the marketing aspect of the business. We had a big partnership with Disney. We would drive the kids down to Walt Disney World from Atlanta. They loved it, but it got old, fast. Funny story: I did a stint in sales and business development. We had an annual awards program. In my first year, I won the top sales award and a trip with all the sales leaders. Guess where the trip was.

Krasavage: Disney. The year prior, it was Hawaii.

P&A: Did you plan to retire with Kodak?

Krasavage: Well, there certainly are a lot of long-tenured employees at Kodak. My dad and my father-in-law both retired with Kodak. My sister still works there. But I had moved all around the company — different capacities, different regions — and I just decided I wasn’t going to end my career there. Then it was just a matter of finding a new opportunity. At the time, we were looking at how we could advance the product to allow for printing from digital cameras and camera phones. The opportunity came up to bring my experience in imaging to Motorola.

Krasavage: That was in 2005. Motorola only had one camera phone model that had high resolution, which at the time was just one megapixel. Motorola, like many telecom providers, was taking orders from carriers — AT&T, Sprint, Verizon. Motorola wanted to be an organization that understood the consumer value proposition. What’s the experience that will drive value for the customer? They were forming different categories for business. I was brought in to kickstart their multimedia and sharing business.

P&A: Were you successful?

Krasavage: Yes, but not without challenges. We were a small software group within a large hardware company. Motorola was going through eight consecutive quarters of growth with the Razr. But we knew the software would drive the value. Apple made that clear with the iPhone. I think Motorola could have been more successful.

P&A: Did you see the iPhone coming?

Krasavage: I don’t think anyone saw that coming. We knew software would drive wireless forward, but for the iPhone to enter our industry and absolutely dominate it, that changed everything.

P&A: Did the success of the iPhone spur a culture change at Motorola?

Krasavage: Yes, a big culture change. The hardware would always be important, but it became clear that having a strong software strategy would drive the industry. At one point, we were using five or six software platforms. By the time I left, we had standardized everything on Android. And that ultimately led to Google purchasing Motorola in 2012. That acquisition was intended to create the same model Apple had: owning the hardware as well as the software. So that was a really unique business experience.

P&A: That’s a short amount of time for a major transformation.

Krasavage: Very short. Between 2005 and 2012, Motorola split into two, refocused on software, and completed the Google acquisition. There is no other industry like wireless. The playing field can level at any moment. But it was a great opportunity to work for a great company with a big, global footprint.

P&A: Did you become a Google employee?

Krasavage: I did, briefly. But I decided to make a change, and that’s what took me to ADP, which later became CDK Global. I joined ADP in 2012 to work on their dealer services business. That was my first introduction to automotive. I loved it. They say once you get into automotive, you’re never going to leave, and I believe it. I joined ADP/CDK in 2012 and had responsibility for F&I. My focus was on software services, the menu product, compliance and contracting. By the time I left, I had responsibility for all the products in the front office. My team did some of the early work in digital retailing, including workflow, F&I, credit, compliance, econtracting and electronic vehicle registration.

P&A: Once again, you joined a company during a major industrial shift.

Krasavage: Yes. And when I started, I was surprised at how fragmented and complex the dealership front-end processes were. The front end is under pressure from a profitability standpoint. But that’s your moment of truth. You’re trying to capture the customer for life. Do you want the best process or the best customer experience? Dealers have begun to understand the experience is what counts, but delivering it is a challenge the whole industry is facing.

P&A: So you were at Kodak when the photography industry changed. You were at Motorola when the wireless industry changed. And you joined ADP/CDK in the midst of the digitization of F&I. Please take this question in the spirit in which it’s intended, but do you ever feel like the Forrest Gump of innovation?

Krasavage: I have thought about that myself. And I don’t know if innovation attracts me or I’m attracted to it. Looking back on all the transformations I have witnessed, I’ve decided I’m attracted to innovation. My entire career has been spent in areas where a market transformation is going on, all driven by underlying technology that’s enabling new consumer experiences and expectations.

P&A: How did the opportunity with Allstate come about?

Krasavage: I got a call from Allstate about this opportunity and, to be honest, I only answered the call because it was Allstate. You don’t have to live in Chicago to appreciate the work they do, but they are headquartered here, in Northbrook. And I was intrigued, but I did not want to leave the automotive industry. So when I learned it was Allstate Dealer Services, I was really intrigued. And I was impressed with the passion of everyone I spoke to here. They are focused on the changes in our industry — transportation, technology, mobilization — and that caught me by surprise. Our products add value and protect customers from risk. That’s powerful. And the company is run by a strong set of leadership principals. It starts with our CEO, Tom Wilson, and it carries all the way down. When they say “You’re in good hands,” they mean it. And all the employees of Allstate Dealer Services have a tremendous passion for the business and love F&I as much as I do.

P&A: Are you ready to move south again?

Krasavage: You know, if you need a snow blower, let me know. My wife has never been a fan of winter weather. We have both seen enough of it. And the timing worked out great. We have four kids, and the youngest will be a college freshman in September. And we happen to have family in the area. My daughter still lives in Atlanta. We have lived in several cities, and there are pros and cons to each. But being near family is the biggest benefit.

P&A: How many people have told you Jacksonville is technically the largest city in the United States?

Krasavage: Everybody. And by the way, all that square mileage makes house hunting a little difficult. It’s all “Jacksonville.”

RoadVantage Brings Sally Freeman Aboard as VP of Client Experience 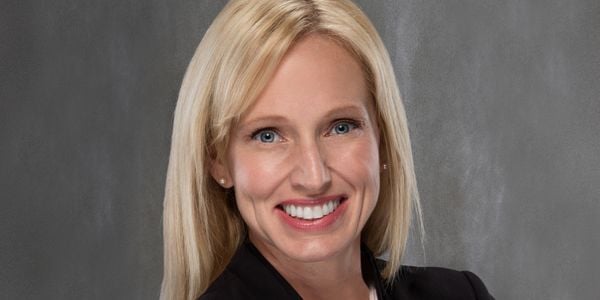 RoadVantage announces the addition of Sally Freeman as vice president of client experience.

US Equity Advantage Appoints Director of Marketing and Communications 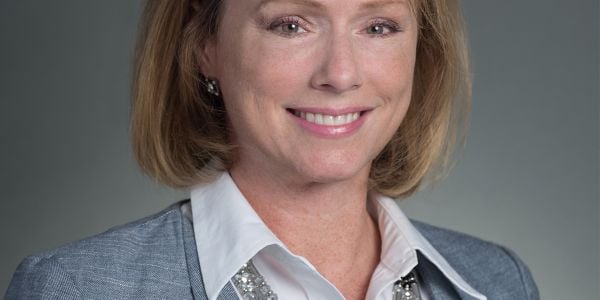 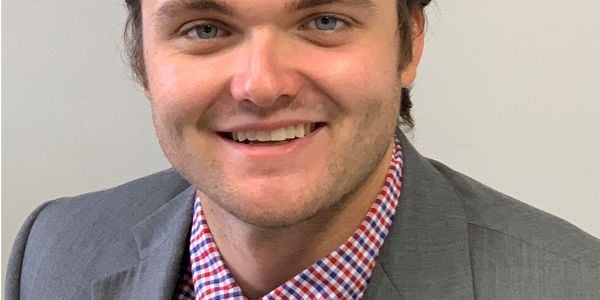 The Reynolds and Reynolds Company Names New President and COO 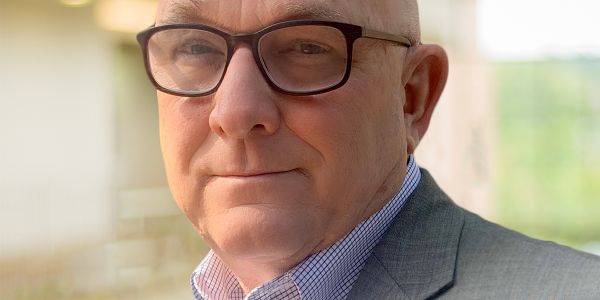 AN INTERVIEW WITH GINA COCKING 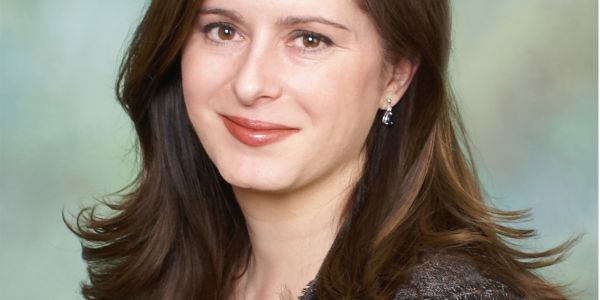 Gina Cocking was recently appointed CEO of Colonnade Advisors, a mergers and acquisitions investment bank with expertise in the automotive F&I industry. Cocking has a storied professional background that includes high-profile positions in investment banking and as CFO at major financial institutions. 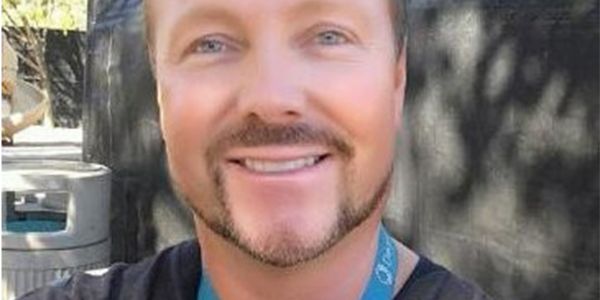 Malone says after witnessing InteractiveTel’s shared love of automotive technology, the transition wasn’t just a smart move, it was the only move. 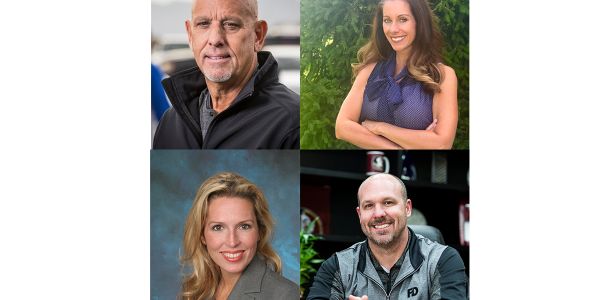 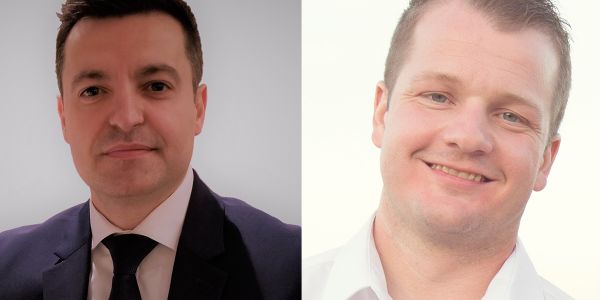 DealerShop has announced the appointment of Vasil Petro to director of purchasing and Tim Rivington to corporate controller. 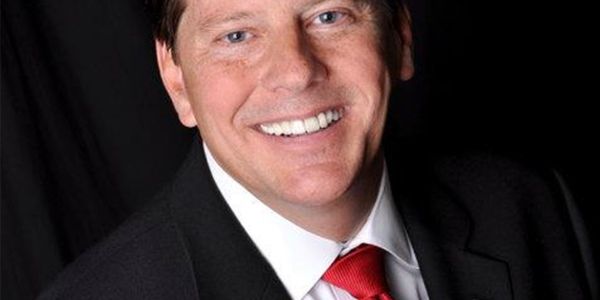 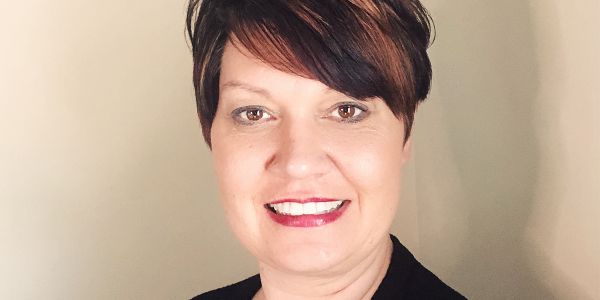