During this year’s P&A Leadership Summit, held Sept. 12–13 at the Gaylord Texan Resort & Convention Center in Grapevine, Texas, attorneys Matt Bartle and David Marcus, partners in the Kansas City law firm of Bartle & Marcus LLC, hosted “The GM Mandate: Legal and Practical Responses,” a special session added to the PALS schedule at the 11th hour in response to an August memo from General Motors.

The speakers’ goal was to educate executives working in the P&A space on the range of legal and practical responses that are available after the OEM’s move to push their own, factory-branded VSC to the top of the product list — whether or not that product happens to be the best fit for a given customer.

Bartle kicked off the session by noting that, in this case, GM is acting like just another marketplace bully.

“The bullies have goals,” he said. “And it is simple: They want to make it hard for dealers to offer a better product, with a better margin, at a lower cost to the consumer. They may dress it up, but make no mistake: All the bullies have the same goal. They want their product sold.”

While the pair focused specifically on the GM mandate for this session, Bartle noted that many of the same strategies and tactics can be used to fight other types of marketplace bullies.

Breaking Down the Mandate

To be sure everyone was on the same page, Bartle and Marcus started with a deep dive into what the mandate is and how it impacts the industry by listing the basic facts:

Marcus broke down the bulletins and the letter, calling out the pertinent language and pulling up the “voluminous” initial disclosure form, which included language the attorney said was clearly designed to frighten customers. He also called out the harsh penalties that dealers would face for noncompliance, including a per-incident surcharge, suspension from various current and future sales programs, and even the termination of the dealer’s sales and service agreement (DSSA).

The response from dealers and other industry members was immediate and resoundingly negative. But the furor died down a bit when GM announced it would delay implementation of the new requirement by 90 days. Some dealers may have been placated by the move, but Marcus was not. At the heart of the matter, he said, is the fact that the OEM has “glommed onto” a few contractual and statutory provisions in the DSSA that “purportedly” provide cover for the GM mandate.

“This is what governs what GM can really make these dealers do,” Marcus said, pointing to Article 5.1, the pertinent portion of the dealer agreement. The article does, in fact, require dealers to disclose non-GM-branded aftermarket parts and products. However, Marcus said, it is not as broad as the August mandate would imply: The contract all GM dealers sign does not require them to use separate disclosure forms. It does not require consumers to acknowledge the disclosure. It does not require the dealer to tell consumers that VSCs from other providers may or may not be honored at some dealerships.

Finally, and perhaps most importantly, the contract fails to identify noncompliance with Article 5.1 as a material breach or reason for termination of the dealership contract. Add to that the host of state laws that govern what factories can and can’t require their franchisees to do, including whether or not manufacturers can require a disclosure or demand the customer’s acknowledgement of said disclosure — and there is some debate as to whether the mandate actually is in compliance with all of them.

“The penalties that GM is telling dealers they might face? There is nowhere in the DSSA where it lays out that the failure to comply with this particular article is a material reason for terminating the franchise,” Marcus said.

Bartle then took up the subject of legal remedies, up to and including individual or class-action lawsuits, but offered no guarantees.

“We can’t give good, crisp, clear answers such as, ‘Yes, if you go out and do this, you’re going to win.’ We can only talk to you about probabilities. But sometimes it’s back to the bully analogy: If the little guy doesn’t stand up and do something — even though the little guy knows that, if he throws the punch, he’s gonna take a whoopin’ — but unless the little guy does something, the big guy says, ‘Now it’s this mandate. Next time I’m going to come with something a little more, and a little more,’ and suddenly, there’s no freedom at all.”

Sometimes litigation is more about sending a message, Bartle said. Creating some bad press could help customers realize the manufacturer is not trying to protect them but instead trying to force them to purchase branded products. Also on Bartle’s list were “indirect remedies” for F&I product providers. This approach would rely heavily on educating dealers about their rights, including contractual obligations around disclosures, as well as statutory laws that specifically prohibit manufacturers from bullying dealers into selling the manufacturer’s VSC.

Marcus noted that the GM mandate could be considered a form of coercion. After all, they are imposing requirements that go beyond the DSSA terms and then threaten franchise termination if dealers don’t comply.

There is also the matter of the federal Automobile Dealer’s Day in Court Act, which allows a dealer to sue a manufacturer for failing to act in good faith in the execution of the terms or provisions of the franchise, or in terminating the franchise. To pursue such a complaint, several requirements must be met:

“Obviously, if GM terminates a franchise over this, that’s going to be causing injury to the dealer,” Marcus explained. He went on to note that, arguably, by requiring a disclosure that goes beyond the terms of the DSSA under threat of termination, “GM is not acting in good faith.” However, he pointed out that the good faith standard is very difficult to prove. It requires more than unfair or inequitable conduct. To win that particular argument, the dealer would have to show that the manufacturer employed coercion, intimidation or threats.

According to Marcus, there are direct remedies available to F&I product providers as well. The first relates to “tortious interference with business expectancy.” In the context of this mandate, the tortious interference standard would apply to the provider’s relationships with its dealers. “You have a relationship with these dealers, they sell your products, and GM is trying to stick its nose into that relationship,” he said.

The primary hurdle in this type of claim is proving the factory’s lack of justification, Marcus said. Generally, to win this type of claim, a provider will need to prove either that (a) the defendant — in this case GM — acted for the purpose of harming the plaintiff, rather than to protect its own business interests, or (b) the defendant interfered using wrongful means, such as fraud.

In general, noted Marcus, in the absence of criminal or fraudulent conduct, a company cannot be held liable for acts it takes to protect its legitimate business interests.

“It is very difficult to prove. It can be done — and in our practice, we do it frequently — but this is a tough standard,” he said. “In this context, you would have to show GM acted just to harm you, not to protect a legitimate business interest. Or if they acted to protect a legitimate interest, that they committed a crime or acted fraudulently. In the context of this case, that’s going to be difficult to show, based on the mandate we’ve seen.”

“If GM is trying to get a monopoly on the VSC business, this would be something that would be triggered,” Marcus said.

The Clayton Act is another relevant piece of legislation. The act declares certain specific actions or practices to be illegal, including exclusive “dealing” or “tying” arrangements. A tying arrangement, in particular, is what Marcus believes to be the most pertinent potential antitrust claim providers could bring. It is an arrangement by which a seller agrees to sell, lease or license a product, service or any other item referred to as the “tying item” on the condition that the buyer also purchases or leases a different product or item from the seller, or upon the buyer’s agreement not to deal with the defendant’s competitors.

“What this basically means, in this context, is GM telling a dealer, ‘Look, if you want to keep being a dealer and selling the GM car, you’ve got to sell our VSCs with it.’ You can’t do that. That’s illegal,” said Marcus. GM, he noted, surely knows this, and they are trying to avoid that with the way the contract is worded, but that is a potential antitrust claim a provider could pursue.

That said, he noted, a case like this can be won. The key is showing that a manufacturer such as GM is using financial incentives and strong persuasion to convince dealers to sell only factory-branded VSCs. It’s all about having the right facts, and according to Marcus, right now, there just aren’t enough. All that’s available is the mandate. The practical application of the mandate remains strictly theoretical.

At this stage, Bartle said, dealers have better legal tools with which to fight than providers do. Knowing the tools available to them will help providers better communicate and coordinate. Breach of contract, in particular, is going to be the most potentially successful point of attack. “They are being asked to do something that goes beyond their deal with GM. This is a GM power grab.”

Providers may have a tortious interference or antitrust claim, but it is going to take more than just the mandate itself to prove it. Emails, in particular, Bartle said, can be the biggest killer: If there is found to be internal communication that supports those claims, it should come out in a lawsuit. But he warned that P&A executives and their attorneys must proceed with caution.

“Litigation is slow and expensive, and hourly lawyers are highly prone to be very optimistic about their chance of success, and eager to get you into straits you may or may not need to be in,” Bartle said, before concluding with a piece of advice useful to any product providers or dealers who are willing and able to take this fight to the courts. “If you take action, there is strength in numbers.”

The 2020 Effect: How a Year of Uncertainty Has Impacted Providers

Leading F&I providers share their thoughts and advice on handling the repercussions of the pandemic, plans to move forward, and how the 2020 election may prolong this year of uncertainty.

Creating an environment for contactless transactions expedites the current game of catch-up the industry faces and brings a new level of ease and simplicity to registration and title processing – for today and the future.

Originally slated to be held in New Orleans in January, NADA Show 2021 will now be held from Tuesday, Feb. 9, through Thursday, Feb. 11.

How Dealers Can Successfully Tap into Election Cycle Digital Advertising

Dealers can leverage these tips to maximize their advertising investment to connect, engage, and transact with car shoppers so they can make the most of their 2020 sales goals through the end of the year.

Equifax released their latest auto loan and lease credit trends data. These estimates are through September 13, 2020 reported as of September 15, 2020. 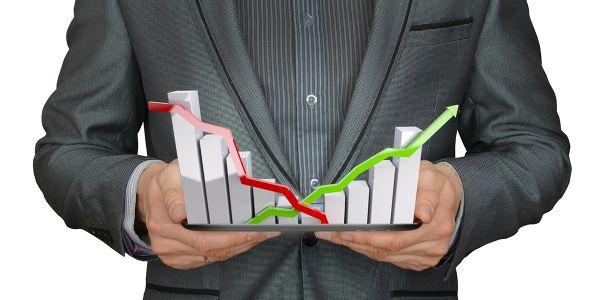 NADA issued its analysis of U.S. auto sales and the economy following the third quarter of 2020.