Jim Maxim Jr. is the president of MaximTrak, a RouteOne company, and chief digital officer of RouteOne Holdings. He is credited with the introduction of the electronic menu concept and widely known as an advocate of transformative technology for dealers, agents, and product providers. P&A met with Maxim shortly before the 2018 NADA convention to learn what MaximTrak and RouteOne have on tap for 2018, the changes F&I faces in the years ahead, and what it’s like to watch your team win the Super Bowl.

P&A: Jim, NADA is nearly upon us. What are you bringing to this year’s show?

Maxim: Our strategy is to support lenders and F&I product providers equally, so we have built a common platform they can do business on. Whether the product is on our menu or not, we are able to export all those documents for a single digital signing ceremony. We’ll be demonstrating that at NADA.

Maxim: Starting in the second quarter, in terms of econtracting, we’re going to be able to support providers equally with MaximTrak’s ETrak business platform. Our team has been working hard on product platform integration. We want to show that we’ve invested. Ideally, we want to cut out administrative time and free up the F&I manager to help more customers.

Also, RouteOne recently launched Remote eSigning. Customers can use it to sign their loan or lease from home. We’re working hard to support the insurance sales process with startups like AutoGravity, Vroom, Drive Motors — there are a lot of them out there. How do we create a great online sales process?

Maxim: The difference between the “F” side and the “I” side of the F&I equation is that customers are presented with insurance products. They’re not shopping for those products. So when you integrate with the insurance sales process, you have to be able to sell it virtually without having a salesperson present. We have to create a mechanism that adds value. Looking back at 2017, digital accounted for 4% of all sales.

Maxim: It’s not, but it’s growing exponentially. When you see a segment growing at 300%, it gets big pretty fast, and you can’t help but pay attention. All these startup companies are creating a layer between the dealer and the consumer. Their pitch is, “Use our technology to buy your next car. Nobody likes to buy from a dealership.” I can’t help but believe that, over time, providers will have to morph to make those products available on those platforms. RouteOne is becoming a conduit to support those fintech providers. We’re gearing up to support the entire industry, whether it’s online or in the showroom.

P&A: Is it fair to say the digital disruptors have a huge advantage, because they were never brick-and-mortar businesses and they get to work from a clean slate?

Maxim: That is fair. And they’re listing vehicles that do belong to a brick-and-mortar dealership on their sites, allowing customers to peruse the inventory, apply for financing, and value their trade. Then they can walk in with a pre-canned deal. Carvana does it with used cars. With new cars, it’s more of a sophisticated lead concept.

P&A: What would you tell the dealer who says, “Well, if I’m just going to be a delivery mechanism for some Silicon Valley startup, what am I doing here?”

Maxim: That dealer is already paying folks for leads. In this case, they’re paying for the value of connecting with a consumer they may not have otherwise. They’re still competing, still fighting for eyeballs. They’re just doing it in different ways. What’s the value of a car deal that came in after you spent $30,000 a month on Google? When you’re paying for a lead that comes in as a pre-canned deal, at least there is a direct correlation.

P&A: Does the presence of the disruptors mean the conversation about whether to adopt digital selling and contracting tools is officially over?

Maxim: Anybody out there who is hanging onto the concept of not using digital is hanging onto the past. Five or six years ago, product providers wanted to get into econtracting. Now 90% of products are contracted electronically. They’ve seen the benefit. And if the dealer is not econtracting, they’re not getting paid top dollar, because there’s an incentive built in.

The easiest way to do that is through the menu. You have got to make it easy to rate and econtract all those providers. Today, the administrative side is just as important as the sales side. We see dealers using our FLITE tool producing $200 to $300 more per vehicle than dealers using a paper menu. Looking at the financial impact, there is no way to argue that paper is better.

P&A: But you would agree that, if the customer wants to be offered the service contract and protection products they need — out of the million on the market — they still need an F&I professional.

Maxim: We are still in the early phases of introducing F&I products during the online shopping experience. We are seeing the concept introduced early on in the equation, maybe with some product education. We are not at that point where we’re saying you’re going to get a better F&I presentation online than in the showroom.

Our goal now is to equip F&I managers with the tools they need to allow that conversation to happen with every customer. I don’t think you’re ever going to emulate the experience you get with a good F&I manager. But we can create a seamless transition from online to showroom. F&I managers are still going to be the experts.

Maxim: We haven’t seen the fundamental shift that would take just yet, but the momentum is building. And when we hit that tipping point, dealers may find they need to create an Apple Store-style sales position. We have already seen Mercedes and BMW put their versions of the Genius Bar in stores. And product providers are going to have to get savvy about how to integrate these services into their platforms.

P&A: You joined the auto industry after working at Lucent and General Electric. Did you see an opportunity to be the “tech guy” in the dealership world, starting with the F&I menu?

Maxim: Not at all. I started from the ground up, working inside dealerships, learning and, ultimately, training on the F&I process. That’s where the menu began. When I started, the concept was around, but it was a photocopied piece of paper. There was no such thing as a menu system. We were pushing the concept as a way to get away from step-selling. I never set out to design dealership technology. I saw a fundamental need for a menu system and leveraged my skillset to do that. Then, once we created the technology, we realized we needed to externalize it to get a return on our investment.

P&A: If you were to open a dealership next week, what would it look like? I’m picturing a hyperfuturistic, fully automated store filled with floating touchscreens and staffed by robots.

Maxim: There is no doubt that, if I owned a dealership, there are a number of things I would do to streamline the sales process. I believe that lightly negotiated pricing and one-price models are coming back. My dealership would employ a one-price model. We would have high-quality salespeople and experts who can handle any question and have the conversation about F&I. But you’re not going to see robots walking around. The technology is only there to give people better tools to take on administrative tasks. You can’t automate people out of the equation. Streamline the process, inject technology to cut out wasted time, and employ systems that enable people to get the best results they are able to achieve.

Maxim: It is happening now. And the reason it’s hitting service is simple: Customers don’t have the time or patience they once did. Let them make appointments online. Integrate with their phones and send them text updates. We are even seeing dealers getting rid of their loaner operations to engage with Uber and Lyft. Why have a $40,000 asset sitting around if I can give my service customers three or four Uber coupons?

P&A: Can you give us a big prediction? What’s the next major development?

Maxim: Here’s what I see right now: The digital retailing efforts are really in their infancy. The idea is to enable consumers with tools to give them the power to self-deliver the vehicle. Give them the payment and F&I tools, do it virtually or in the showroom, wherever they’re comfortable, on any device.

I think this is going to have a pretty big impact on the front-end variable operations side. There will be a paradigm shift on how we sell cars. I don’t know how that will play out, but it’s going to have a major impact. Dealers are going to have to come up with a way to deliver a great customer experience. The dealers who get it right will get a big market share. Customers don’t want to have a great experience online and then run into a buzzsaw at the dealership.

Maxim: Doing great. We have two boys. Baseball season is cranking up as we’re closing out hockey and basketball. I’m an Eagles fan, and we were fortunate enough to go to Minnesota as a family and see the big game.

P&A: That’s fantastic. I saw some crazy videos of Philly fans celebrating. Was it pure insanity?

Maxim: Well, remember, the Super Bowl is a pretty pricy affair, and people come from all over, so you’re not necessarily getting the typical home fan. And the NFL makes it very much a family event. There was a play zone and games for the kids. The whole NFL Network studio was there. Players were meeting fans and signing autographs. Polaris is headquartered nearby, so they had guys on snowmobiles, doing backflips. It was a great all-around family vacation.

P&A: And a great game. Philly was dominant, but you can’t ever count the Patriots out.

Maxim: They went up by one point and, man, we were sweating. I thought, “OK, here’s Tom Brady’s show. Here’s how it happens.” But we kept them from scoring and won the game. It was amazing. 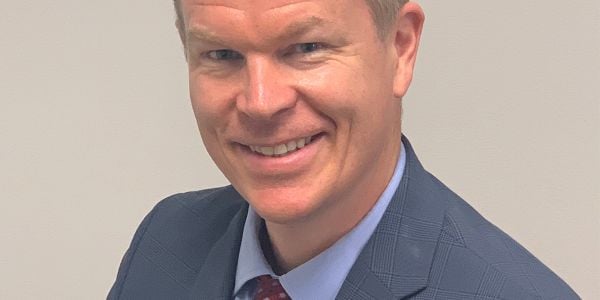 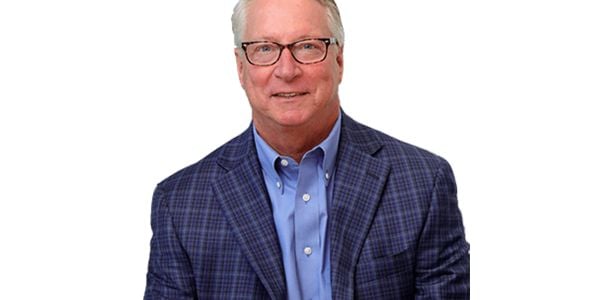 Tim West, Vice President, North American Auction Director, plans to retire at the end of the year after more than 36 years with the company.

The Perfect Complement: Inside the Portfolio/NAE Acquisition

In late June, Portfolio officially acquired National Automotive Experts and NWAN. The companies’ executives spoke to P&A about what led them to join forces, the changing world of F&I and why this match was the right move for both companies, their agents and dealers. 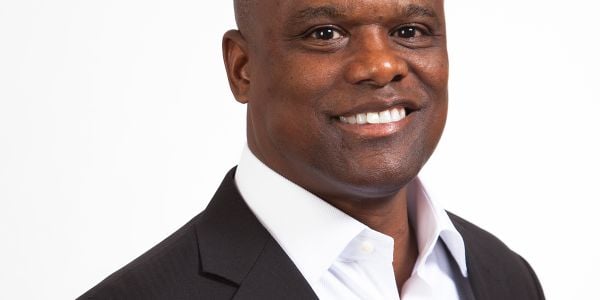 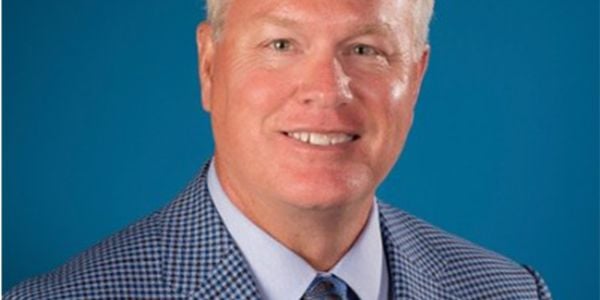 Hughes has over 25 years of industry management experience.

Women in Automotive Appoints Gina Callari as New Board Member 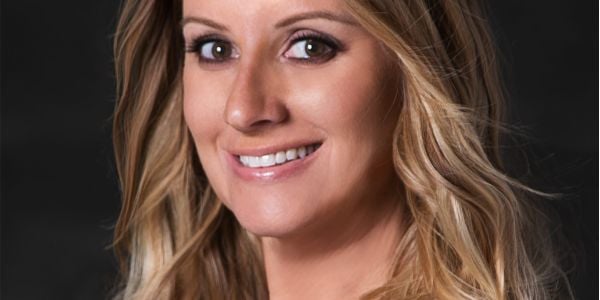 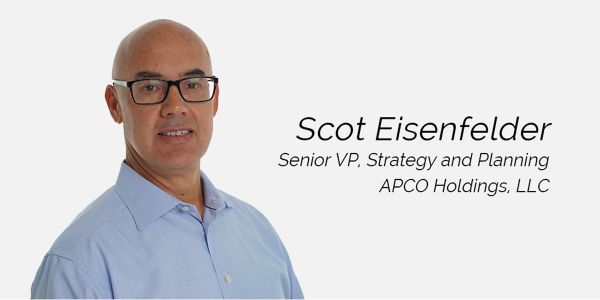 With extensive experience in the automotive industry, Eisenfelder will guide APCO Holdings in developing corporate plans for business development and aligning company strategy and priorities with current and future business needs. 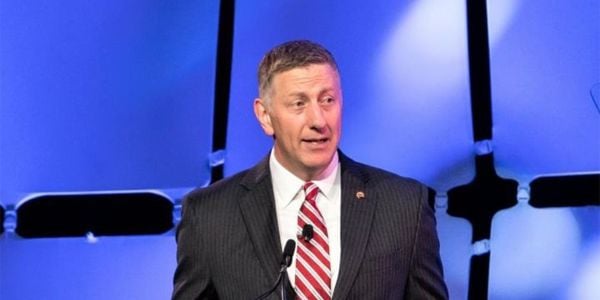 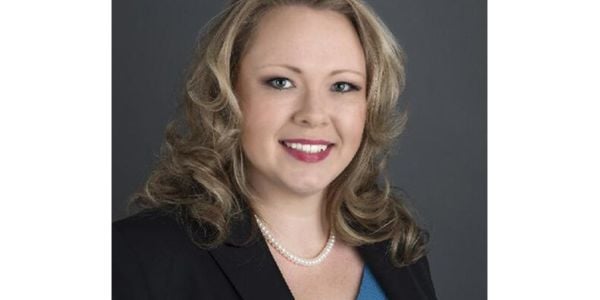